What started as a hobby many years ago developed into a passion and a love for the craft. Big V’s is dedicated to crafting delicious BBQ, only using the finest quality meats and the freshest ingredients. We believe in making and serving our BBQ in the same day to give our guests the best BBQ experience we can. All of our sides are carefully prepared and our selection of Big V’s sauces are made using the freshest ingredients, without any added sugar or unnecessary preservatives. Our mission is to provide you and your family with delicious, quality food, using the same care that we do for our own family and friends. We look forward to the opportunity to serve you soon. 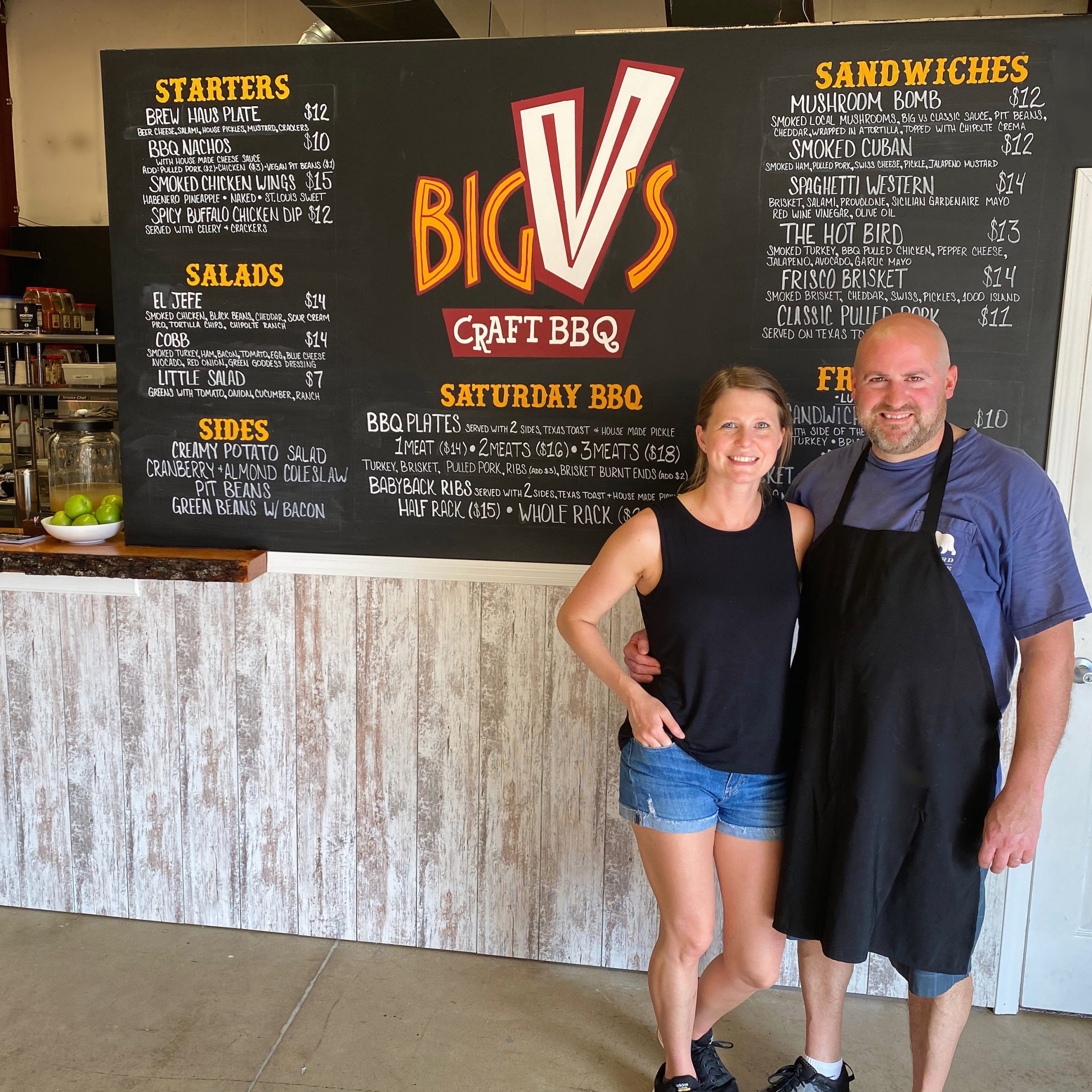 Vito Racanelli has been in the restaurant industry for over 20 years, at several different capacities. He was the chef/owner of some of the area’s top restaurants, as well as the culinary lead of the world’s largest brewery. His career began at a young age, helping as a dishwasher at his family‘s pizza restaurant in New York City. From his first step into the kitchen, Racanelli knew that was where he was meant to be. Over the years, Vito has developed a love for BBQ, hosting countless gatherings with his wife Amy at their home, for family and friends. Working as the culinary lead for the world’s largest brewery has also given Vito the unique opportunity to hone his craft, while partnering with some amazing chefs and industry leaders. Today Vito dedicates his love of food to crafting his own flavor and style of BBQ.

Amy Racanelli has loved food and cooking for as long as she can remember. At a young age she began dreaming of going to culinary school to learn everything she could about the art of food. Growing up in a small town near her grandparent’s farm, she developed a love for gardening and using fresh, seasonal produce as the focus of her cooking. Many years later, after finishing culinary school and working at a variety of St. Louis restaurants, Amy met her husband Vito, and together they began to share their culinary journey.

Let us plan your next gathering.

With over 25 years experience in catering and events, Big V’s is ready to assist you with all of your needs. We specialize in weddings, social gatherings, work events, neighborhood parties, bridal showers and holiday gatherings.